Where did music begin, and where is it going? How did we get to the type of music we have today? Is radio and recorded music improving music? This piece examines the history of music, and provides predictions for the types of music to expect in the future.

Where did music begin, and where is it going? The answers are surprising. There is a modern movement leading humanity back to the music it first created tens of thousands of years ago. A conflicting movement is creating ever more complex sounds, and creating a world of smaller audiences for more musicians.

Before humanity could write, and even before they could speak, rhythm and single tones were used to communicate. The song of a bird may have inspired a prehistoric man to mimic and improve on the noise. Evidence of prehistoric music is sparse, since there was no language to describe the sound to descendants. Drumming objects and mimicking are considered to be the first “music”. This continued with words being added as speech was discovered.

After the development of writing, music became more refined. Crafted instruments were added. Harmonies were created. Pipes, flutes, basic stringed instruments, and similar tools were used to create the first sounds that modern man could easily recognize as music. The oldest known song is over 4000 years old, written in cuneiform, and uses the diatonic scale. This period is referred to as “ancient” music.

Further developments created more regional sound, as different technology discoveries in different areas led to unique instruments. While “classical music” is generally assumed to be the sounds of composers like Bach or Beethoven, it actually refers to any music of this period. The music was usually religiously inspired or supported, and usually taught formally as a skill rather than developed through experimentation. As musical notation unified regionally, the composed masterworks of the area were generally performed according to the rigid written work.

Folk music continued soon after. This was generally the sound of the unlearned classes, those that could not write or read. Learned orally, this music was learned and modified time and time again to reflect the personal artistry of the performer. This type of music often portrayed the concerns of the illiterate class. It was usually not supported, but tolerated, but the government and religious leadership. The tradition of folk music still continues as a genre of music to this day throughout the world.

Classical music developed into a less rigid modern style of music, mixing with the concept of personal artistry from folk music. Performers would still use either written or learned pieces, but would add their personal touch. The music would sound different each time it was played, even when played by the same performer.

The invention of recorded music and radio began the slide backwards. Recorded music is very rigid. It never changes. Audiences began to expect live performances to be as close to the recorded music they have been listening to as possible. Sheet music allowed amatures to closely mimic the original performer. To appeal to a larger audience, music started to become less an expression of what the artist wanted to say, and more what the audience would pay to hear.

This trend continues today in the form of ever simplifying music. Music has to be quick and easy to identify. Complexity would lead to missed sales. Many modern styles forgo either the lyrics or the melody completely. Recycling previous music in the form of sampling gives an artist an instant audience, while limiting the artistry possible.

Fortunately, the Internet allows for any artists from any styles to combat the decline in music artistry. The low cost of entry makes it possible for almost anyone to gain an audience. The low cost also allows artists to perform what they wish, rather than pander to a larger audience. Hopefully, this will allow the trends in popular music to reverse , creating ever more artistic and unique music in the future. 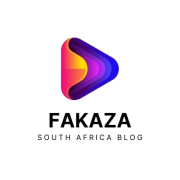